March 18, 2020 COVID-19 (CORONAVIRUS) Update: We have transitioned to online ticket sales only. April events at The Moonlight have been canceled.  Visit our Covid-19 page for further information. Thank you for your support. We look forward to welcoming you back to The Moonlight. 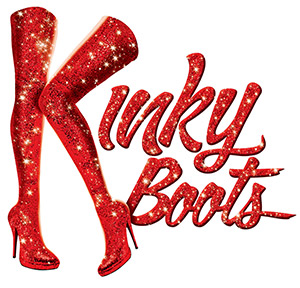 CREDITS
Music and Lyrics by Cyndi Lauper
Book by Harvey Fierstein
Based on the Miramax motion picture of the same name,
written by Geoff Deane and Tim Firth

With a score by pop icon Cyndi Lauper and a book by Broadway legend Harvey Fierstein, Moonlight closes its season with the San Diego Regional Premiere of Kinky Boots. Capturing six Tony Awards in 2013 and winning every major Best Musical Award that season, Kinky Boots is inspired by true events. The show takes audiences from a gentlemen’s shoe factory in England’s Northampton to the glamorous catwalks of Milan. Charlie Price is struggling to live up to his father’s expectations and continue the family business of Price & Son. With the factory’s future hanging in the balance, help arrives in the unlikely but spectacular form of Lola, a fabulous performer in need of some sturdy new stilettos. The smash hit scored 13 Tony Award nominations, winning six including Best Musical and Best Score (Cyndi Lauper’s first Broadway score and the first woman to win solo in that category). After more than 2,000 performances in New York, the show has endeared itself as one of Broadway’s huge-hearted hits.

“The theatre vibrates like a dance party! Cyndi Lauper knows how to spread joy! Her score has driving energy and an uplifting spirit.” – Variety

“It’s why the word fabulous was invented! Big broadway in the best way! A splashy, bouncy, smart show with a heart, beltable songs and hilarious numbers.” – Philadelphia Inquirer

PRE-SHOW DINING AT THE LUNA CAFE

FIRST TIME AT THE MOONLIGHT?

Our 2020 Season is Generously Sponsored by