2020 Season Postponed to Summer 2021 »
• • •
Please consider a donation to help sustain The Moonlight during this time. Donate Online. Thank you! » 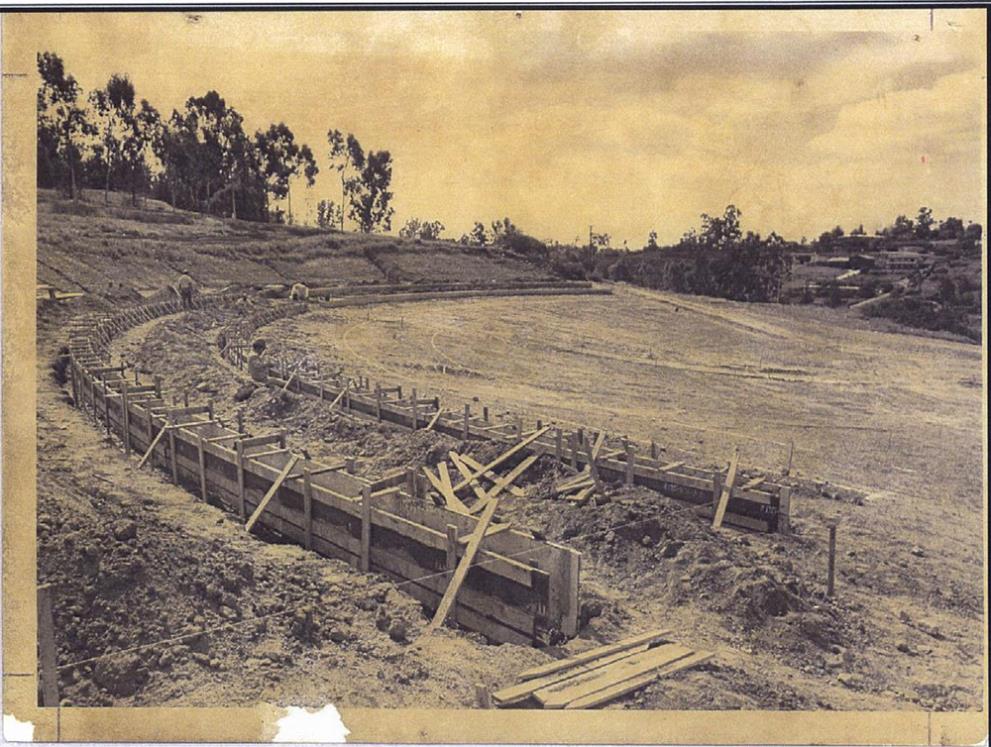 In 1976, the median household income was $12,686. Gas cost $0.59 a gallon. The movie Rocky premieres. Captain and Tennille wins the Grammy for "Love Will Keep Us Together." It was also the United States' 200th birthday and bicentennial celebrations were held coast-to-coast. In Vista, the country's birth was commemorated by presenting a gift to its residents: the "Brengle Terrace Park Amphitheatre." The amphitheatre was built in the park's infancy. The recreation center and the many other park amenities would come in later years.

Planning for the amphitheatre began in the 70s. The project was undertaken by the Bicentennial Committee of the city's Parks and Recreation Commission. Frank Tiesen led the efforts, while Carl Pinamonti spearheaded fund-raising. The City Council at that time committed $50,000 for the amphitheatre's grading. A fundraising effort was overseen by the Parks and Cultural Foundation, which later would become the Vista Foundation. Today, the non-profit organization is known as the Moonlight Cultural Foundation. 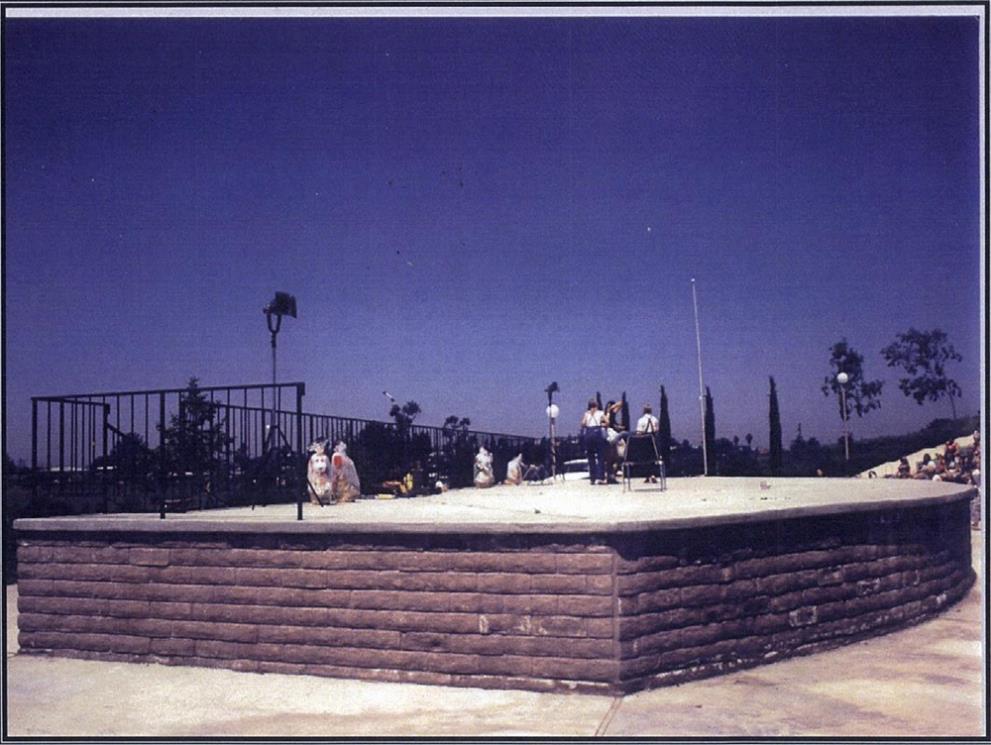 The original stage circa 1976. This concrete stage remained in place until reconstruction of the
Amphitheatre occurred in 2008/09. Throughout the years, a wooden stage was built over and around the original concrete stage. A piece of brick from the stage is embedded into the new stage house and is visible along with commemorative plaques honoring the reconstruction of the theatre.

When grading began in the fall of 1975, Vista was ripe with cultural activities. The former North County Community Theatre operated in a warehouse on Orange Street. Known for producing Gilbert and Sullivan operettas, NCCT even performed at the Vista Entertainment Center. In 1976, it presented an "all-city" production of The Wizard of Oz. Vista was also home to the Vista Civic Orchestra, whose musicians were comprised of community members.

The performing arts were everywhere in Vista, there was just no proper venue to house them. It wasn't until a chance stroll through the park when Kathy Brombacher, then a drama and English teacher at Vista High School, would come upon the neglected stage in 1980. Surveying the scene, she had the idea of bringing musicals to the outdoor stage. She brought her idea to representatives of the City of Vista and the Vista Unified School District and in 1981, the Vista Summer Theatre Festival was born with Oliver! and The Boyfriend.

The rest, as they say, is history.